Russell Investments Group Ltd. strengthened its position in Science Applications International Co. (NYSE: SAIC – Get a rating) by 34.9% during the first quarter, according to the company in its most recent filing with the Securities & Exchange Commission. The fund held 34,453 shares of the IT services provider after buying an additional 8,906 shares during the period. Russell Investments Group Ltd. owned approximately 0.06% of Science Applications International worth $3,172,000 at the time of its last filing with the Securities & Exchange Commission.

International stock of science apps up 1.4%

International scientific applications (NYSE: SAIC – Get a rating) last released its results on Monday, June 6. The information technology service provider reported earnings per share (EPS) of $1.88 for the quarter, beating the consensus estimate of $1.78 by $0.10. The company posted revenue of $2 billion in the quarter, compared to $1.93 billion expected by analysts. Science Applications International achieved a return on equity of 25.28% and a net margin of 3.58%. The company’s quarterly revenue increased 6.3% year over year. During the same period of the previous year, the company achieved EPS of $1.94. On average, research analysts expect Science Applications International Co. to post earnings per share of 7.07 for the current year.

Science Applications International Corporation provides technical, engineering, and enterprise information technology (IT) services primarily in the United States. The company’s offerings include engineering; technology integration; IT modernization; maintenance of land and maritime systems; logistics; training and simulation; operations and program support services; and end-to-end services, such as the design, development, integration, deployment, management and operations, maintenance and security of its customers’ IT infrastructure, as well as migration to the cloud , managed services, infrastructure modernization and enterprise IT-as-a-service solutions. 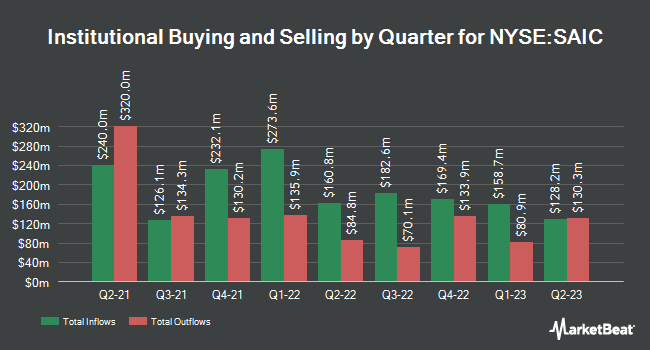